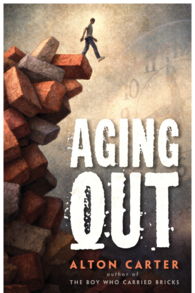 The Boy Who Carried Bricks named a finalist in ForeWord Reviews magazine’s 2016 Best Books of the Year, Indie Fab Awards. 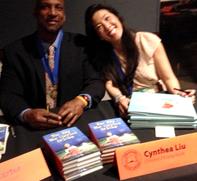 In the Margins Award for Nonfiction.

As a boy, I always believed if I just kept putting one foot in front of the other that one day I would find myself in a normal home with food in the refrigerator, a bed to sleep in, heat in the winter, and a family that was kind to each other.  I wrote my first book, THE BOY WHO CARRIED BRICKS, in hopes of inspiring those struggling to make sense of a childhood full of violence, abuse, or neglect to persevere.  I also hoped it would remind those with loving parents and nice things what a gift such a life is . . . and to remember that not everyone starts with such a storybook beginning.  My new book is called AGING OUT; it is the sequel that follows my life from my senior year in high school through college and beyond. I wrote this book for all those teens stepping out into the unknown after high school, with the hope that when the going gets tough, they'll remember:  Never give up—you're not alone! 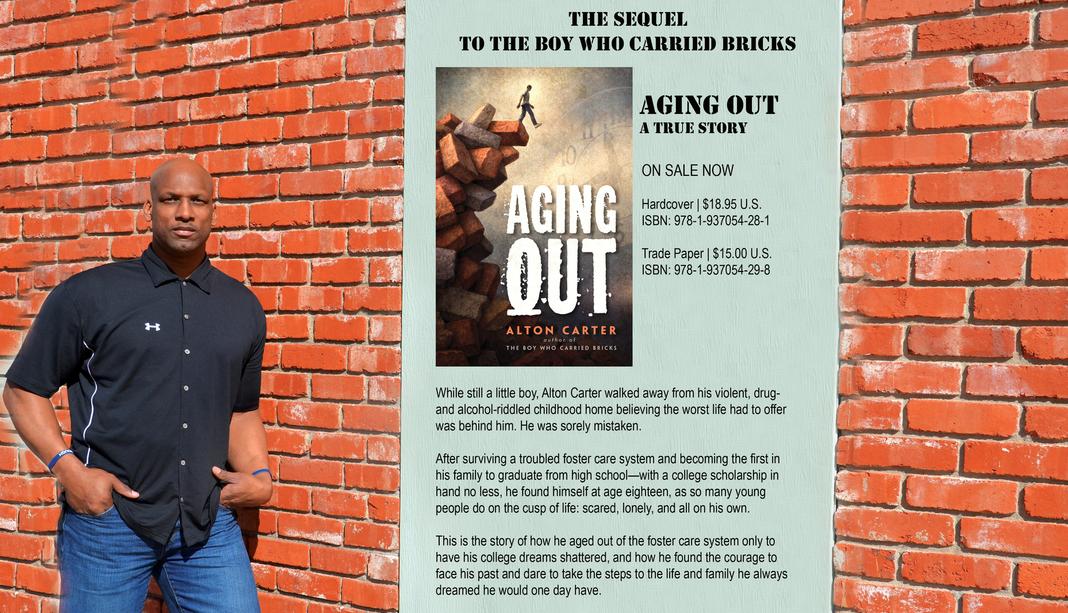 Alton Carter's story begins with the award-winning nonfiction bestseller: THE BOY WHO CARRIED BRICKS, the inspiring true story of a boy who refused to let the horror of his childhood determine his future.

The Alton Carter Foundation assists young men and women from foster homes, boys ranches, group homes, and the like in earning a college degree.  A portion of book sales goes to these efforts.

Alton Carter continues the true story of his troubled youth in AGING OUT, the sequel to his award-winning nonfiction debut, THE BOY WHO CARRIED BRICKS.

The Boy Who Carried Bricks wins 2016 Oklahoma Book Awards—read all about it at NewsOk.com.

The Boy Who Carried Bricks  named to national 2016 Top Ten In the Margins Book Awards List.

The sequel to Alton Carter's debut book, AGING OUT carries the author into young adulthood. Written for teens aging out of foster care or coming of age and leaving home, it’s an unflinching look at growing up. 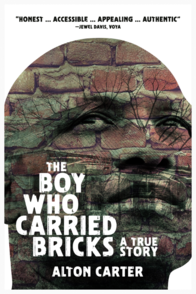 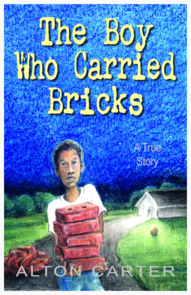