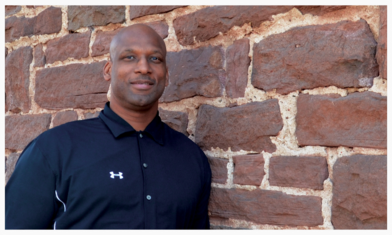 ALTON CARTER is a former foster child and police officer. He was the first person in his family to graduate from high school and college.

Now the director of youth ministries for the First United Methodist Church of Stillwater, Oklahoma, the Oklahoma State University alum has dedicated his life to working with young people.

In April of 2015, his debut book, THE BOY WHO CARRIED BRICKS, was published by The RoadRunner Press.  On April 9, 2016, the nonfiction title won the 2016 Oklahoma Book Award.

The book is a true recount of Carter's hard-scrabble life growing up on the plains and in the small towns of Oklahoma.

In 2015, Carter founded the Alton Carter Inspire Foundation with the goal of assisting young people who have lived in foster care, group homes, or DHS juvenile facilities in securing a college degree.  A percentage of the book sales from THE BOY WHO CARRIED BRICKS goes to this cause.

Carter makes his home in central Oklahoma, with his wife, Kristin, and their two sons, Kelton and Colin.